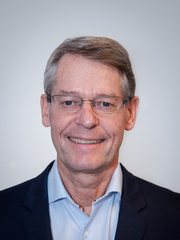 Finn Jebsen is currently self-employed and has extensive experience from the Norwegian industrial sector. For 25 years, Jebsen worked in the Orkla Group and was CEO from 2001- 2005. He has served on boards in several companies, including NEL ASA, Kavli Holding AS, Awilhelmsen AS, Kongsberg Gruppen ASA and Norsk Hydro ASA. Jebsen holds a master’s degree in business and economics from the Norwegian School of Economics and Business Administration (NHH) and a MBA from UCLA. Appointed board member on 1 January 2012.