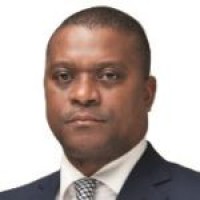 Ernesto Max Elias Tonela is the Minister of Mineral Resources and Energy of Mozambique since December 2017. He is an economist trained at Universidade Eduardo Mondlane. Max Tonela was finance director of Electricidade de Moçambique (EdM) in the era in which it was run by Jacinto Veloso. He was the Administrator of Hidroeléctrica de Cahora Bassa (HCB). He served as Minister of Industry and Commerce between 2015 and 2017.