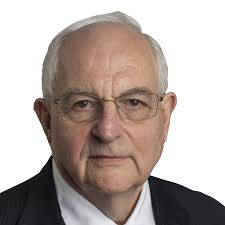 Martin Wolf is Chief Economics Commentator at the Financial Times, London, for which he among others writes a weekly column on the world economy.  He is the author of several books and articles. Wolf was awarded the CBE (Commander of the British Empire) in 2000 “for services to financial journalism”, and he has been included in many global lists of influential thinkers and intellects during his life.  He was a member of the UK government’s Independent Commission on Banking between June 2010 and September 2011.