Yoma Micro Power has set up its 250th solar-hybrid power plant in rural Myanmar, expected to deliver power 25,000 people across the country.

Under an innovative business model, Yoma Micro Power uses solar-hybrid plants to generate and distribute affordable, reliable and clean energy to telecom towers, as well as to deliver much needed energy to people not connected to the grid.

With a population of close to 54 million, Myanmar has become one of Asia’s most rapidly growing economies, showing a 6.4% GDP growth rate in 2016–17.

However, lack of access to electricity is a major barrier for companies to be established and grow. Off-grid solutions play a critical role as less than 40 percent of Myanmar’s people have access to the national grid. 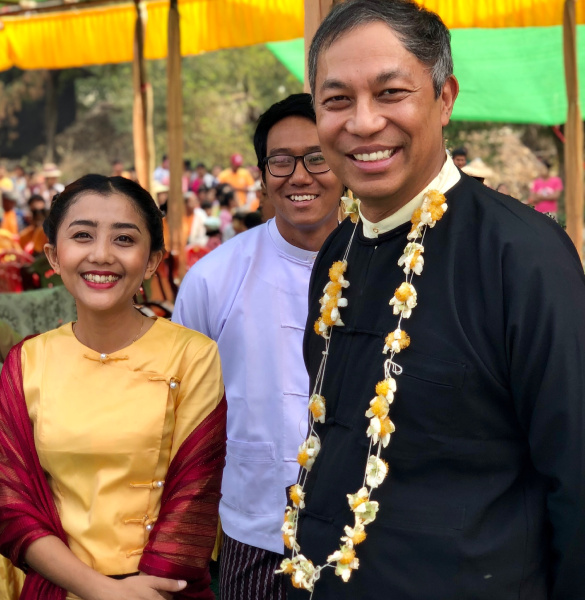 With Yoma Micro Power’s pioneering business model in Myanmar, mobile network operators and tower companies are the anchor clients, buying the electricity generated by the hybrid systems at a cost lower than diesel. The connection is then extended to nearby communities, including households, schools, shops and businesses, through mini-grid distribution networks.

Medium term plans for Yoma Micro Power are to build thousands of hybrid power plants and provide electricity to hundreds of villages, in addition to dedicated renewable energy installation for large commercial consumers.

Spread across an area of 175,000 square kilometres, the solar-hybrid plants are powering 250 off-grid telecom towers, which had previously relied on diesel power. It’s estimated the 250 hybrid-power plants will offset more than 5,000 tons of greenhouse gas emissions annually, which is equivalent to planting 75,000 trees.

The 25,000 people, living in about 25 villages, expected to benefit from the solar-hybrid systems near the telecom towers previously had no choice but to rely on diesel, liquid fuels including kerosene, and candles for their lighting needs

Norfund has been an equity investor in Yoma Micro Power since the establishment in 2017. In March last year, after a successful pilot project that built 10 power plants in 2017-2018, the rollout process building 250 power plants started. The success of this rollout demonstrates the scalability of Yoma Micro Power’s business model.

With the solid team and partners in Yoma Micro Power, we are optimistic about further expansion of its activities, to the benefit of businesses and households in Myanmar.

This business model will contribute bringing much needed Foreign Direct Investment into Myanmar and augment its electricity generation and distribution infrastructure.

Investing in Financial Inclusion in Myanmar